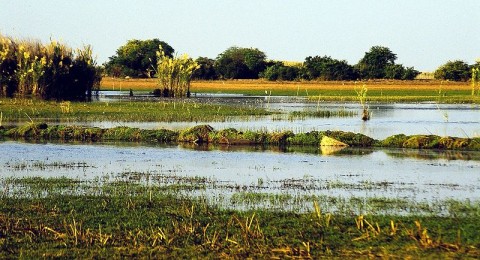 Pupils at Chilubi Secondary School in Northern Province are facing accommodation crisis after the roof to their dormitory was blown off by a rain storm.

The critical shortage of accommodation is forcing pupils to rent grass thatched houses in nearby villages.

School manager Kennedy Mfune has since appealed for urgent help from the District Commissioner’s office.

Mr. Mfune explained that many pupils who come from far flung areas are stranded with accommodation at the institution as the school management has no alternative to address the problem.

He said this has left pupils them with no option but to search for their own private accommodation in the nearby villages a situation he described unfortunate as it was not conducive for their academic studies.

Mr. Mfune observed that if the situation goes unchecked it is likely to affect pupils’ performance more and endanger their lives especially the girl child.

And reacting to the appeal, Chilubi District Commissioner Boniface Kamanda said he was aware of the problem and his office has since reported the matter to the provincial administration.

On December 17 last year, Chilubi district experienced heavy rainfall that was characterized by strong winds that left a trail of destruction in the area.