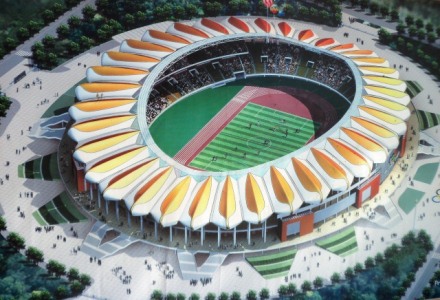 GOVERMENT says it is unmoved with what other countries bidding to host 2019 Africa Cup of Nations (AFCON) were doing as Zambia was far ahead with preparations towards staging the continental showpiece.

And Football Association of Zambia (FAZ) president Kalusha Bwalya has said the country needs to concentrate on its own bid ahead of the Confederations of Africa Football (CAF) inspecting committee visit in April.

Cameroon, who are also eyeing to host the 2019 AFCON finals have announced plans to construct two new stadia in the country ahead of the tournament which local authorities are hoping to host after submitting a bid to CAF.

China Machinery Engineering Corporation (CMEC) will design the two facilities which include a 60,000 seater in the Olembé district of the country’s capital Yaoundé while existing stadia in Yaoundé, Douala and Garoua will be entirely renovated.

Sports Minister Chishimba Kambwili said in Livingstone yesterday that he was unmoved by what other countries were doing, especially Cameroon as the type of stadia found in Zambia were far better than what could be found in West Africa.

Kambwili said Zambia boasts of two ultra- modern stadia in the Levy Mwanawasa Stadium in Ndola and Heroes National Stadium in Lusaka adding that the country also had a better road network and other good infrastructure to host the AFCON.

The minister said this when he inspected the Maramba Stadium that was undergoing renovations works. Kambwili said Zambia was far ahead in terms of preparing to host the 2019 AFCON compared to other bidders.

“I am unmoved to hear that Cameroon is building two stadiums in readiness for the AFCON in 2019. In fact, it is Cameroon which is moved and panicking because they know that they can’t match our facilities,” he said.

In an interview from South Africa, FAZ president Kalusha Bwalya said Zambia needed to concentrate on her own bid unlike wasting time checking on what other bidders were doing.

Kalusha said there was a bit of a process to be followed ahead of the CAF inspection of Zambia’s preparedness to host the AFCON finals.

“It is still a bit of a process to follow. In April we have the CAF inspection committee coming to Zambia and evaluate our infrastructure ranging from hotels, stadia and training pitches but I feel we have to concentrate on our own bid really than what others are doing,” he said.

Cameroon has hosted the AFCON only once in 1972, won by the Red Devils of Congo. Also in the running to host the 2019 edition are Ivory Coast, DR Congo, Gabon, Guinea and Algeria.

Meanwhile, Kambwili expressed happiness with the works that have so far been done at Maramba Stadium but that more needs to be done at the venue that would be used as a training ground for the AFCON tournament.

Kambwili said the stadium was supposed to be upgraded using funds from the Government under the 2013 United Nations World Tourism Organisation (UNWTO) General Assembly but were inadequate.

“The project has stalled because of lack of funds and it has since been transferred to my Ministry to handle. I will engage the Ministry of Finance to help us with funds so that we complete the upgrading works so that it can at least host 10,000 people,” he said.

Livingstone Mayor Aggrey Njekwa requested the Minister to make a follow up with FAZ over the K100 million it got from FIFA to upgrade Maramba Stadium.