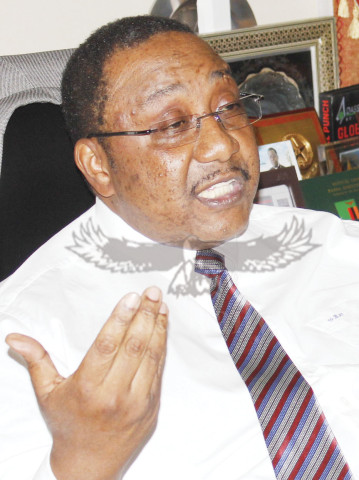 SUSPENDED Patriotic Front (PF) Kasama Central member of Parliament Geoffrey Mwamba says he does not recognise his suspension from the ruling party.
On Tuesday, in a letter signed by PF provincial secretary Everest Chela, provincial chairman Chomba Chipili asked Mr Mwamba to answer charges of desperately trying to destroy the party and in the other case for de-campaigning party councillors.
Mr Mwamba, who laughed at the suspension, said as far as he is concerned, he is not suspended from the party.
Mr Mwamba, who did not want to give more details, said his suspension from PF will not stop him from networking with other members of the party.
“I am just hearing it from the media, I just read about it as well today. They haven’t officially communicated to me,” he said and laughed.
“As far as I am concerned, I am not suspended. I am continuing to interact with party officials. Why shouldn’t I when I am not suspended?”
Mr Mwamba added: “I have to continue to interact with party officials because I am not suspended.  Any day from now [Wednesday], I will be meeting my party officials just like I meet them almost every day.”
The former minister of Defence said he will issue a comprehensive statement after he has officially received the letter of suspension from the party.
Mr Mwamba also said that after he receives the letter of suspension he will decide on which day he will meet his supporters.
But Mr Chipili said if Mr Mwamba will continue to interact with party members he will be breaking the party law.
He advised Mr Mwamba to desist from interacting with PF members because he is serving the suspension.
“If he is saying that he will continue to interact with party members he will not be following the law. The law says someone suspended should not interact with party members. If he continues and do that, the law will take its course.
“No one is above the law even if someone has millions or billions of kwacha or dollars. Even Bill Gates can be apprehended if he breaks the law,” he said.