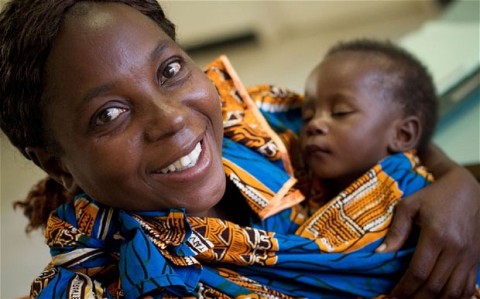 THE number of women dying during pregnancy and childbirth declined by 35 per cent last year in some districts in Zambia, a United States public-private partnership organisation has said.

The organisation said in its first annual report that pilot districts in Uganda and Zambia where Saving Mothers, Giving Life had rendered its services, maternal deaths had declined sharply in 2013.

This is according to a Press statement released by the United States Embassy in Zambia.

The report said the project recorded 30 per cent decrease in the maternal mortality ratio in target districts of Uganda and a 35 per cent reduction in target facilities in Zambia.

“We are excited to report such clear progress just one year after launching Saving Mothers,”  Rajiv Shah, Administrator of USAID said.

He said the project exemplified the USAID’s commitment to ending preventable child and maternal death around the world.

The high rate of women dying from complications of pregnancy and childbirth remained an urgent challenge in sub-Saharan Africa, a region that recorded many maternal deaths.

The report indicated that the Saving Mothers, Giving Life approach, which aimed to strengthen health services focused on the critical period of labour, delivery and the first 48 hours postpartum, could produce impressive and quick results in saving women’s lives.

“In the first year of Saving Mothers, interventions like health worker training, infrastructure improvements and linkages to transportation have helped save women’s lives,” Elwyn Chomba, Permanent Secretary, at the Ministry of Community Development Mother and Child Health said.

Professor Chomba said the pace and scale of this work would go a long way in helping Zambia meet its targets for reducing maternal mortality.