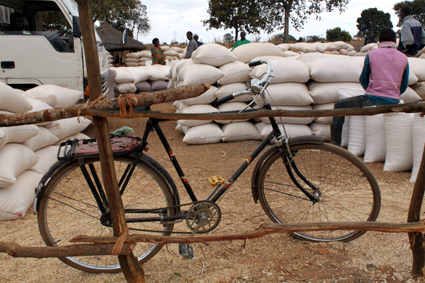 Government has handed over 166 bicycles to lead farmers for monitoring of crop production.

The bicycles are part of the Expanded Food Security Pack Programme (EFSP) under the Ministry of Community Development, Mother and Child Health.

Itzhi-tezhi District Commissioner, Roy Nang’alelwa, handed over the bicycles on behalf of government.

Mr Nang’alelwa said that the bicycles have been provided for transport in order for the lead farmers to effectively monitor crop production in their catchment areas.

EFSP is an K 80 million Expanded Food Security Pack intervention being piloted in three districts in the country, namely Itezhi tezhi, Nyimba and Chadiza, which have increased access to farm inputs and extension services.

The Norwegian government- supported programme, which is being coordinated by the Ministry of Community Development Mother and Child Health, focuses mainly on rural households affected by poverty but with potential to improve agricultural production.