Home GENERAL NEWS SPORT International Football: Could Moyes be on his way out? 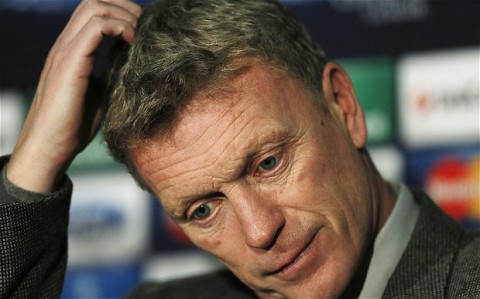 United’s Manager deserves to pull through but he needs a quick fix to satisfy absentee landlords whose only interest is the Old Trafford club’s profit.

Last August it was difficult to know who wore the biggest grin in British sport.

Was it Andy Flower, arranging his foot on Australia’s throat as he supervised his England team to comfortable victory in the Ashes?

Or was it David Moyes, in his first Premier League game in charge of Manchester United, presiding over a 4-1 win against Swansea City at the Liberty Stadium, suggesting the step into the most sizeable managerial shoes in the game was the smoothest thing in the world?

Just four months on and the smile has long disappeared from the face of both men. After watching his side demonstrate the spinal consistency (not to mention the batting technique) of a garden slug in their whitewash by the same Australians they had comprehensively defeated in the summer, Flower resembles a fugitive hunted by every police force in the world, his eyes constantly scanning the horizon for the exit.

On the touchline at Sunderland on Tuesday night, meanwhile, Moyes looked simply ill. The pressure of their calling has rapidly aged many a football manager. Usually, though, it is their hair that turns grey. In Moyes’s case, it is his face.