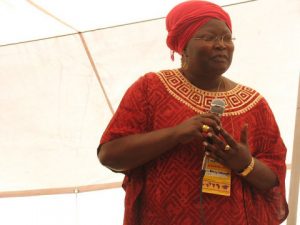 WOMEN rights activist Emily Sikazwe says police should investigate unscrupulous and thieving Non-Governmental Organisation (NGOs) leaders  and make them account for donor funds.
Dr Sikazwe, who is former Women for Change executive director, said thieving NGO leaders should be prosecuted and sent to jail for stealing and abusing donor funds.
She said when she featured on Zambia National Broadcasting Corporation’s Sunday Interview programme that Zambia has adequate laws to stamp out corrupt activities among NGOs.
“If somebody says you [NGO leaders] have stolen, they should take them to police and court and there should be nobody who would say these people have been arrested because they are not liked,” Dr Sikazwe said.
She said the sources of funding for NGOs are clearly tabulated because the donor money is sent to receiving organisations through the banks.
Dr Sikazwe called for beefing up of the Registrar of Societies so that the institution will be able to trace the sources of funding for NGOs.
“Government knows every source of money that comes through banks into the country. It is an issue of security…it is not only the Zambian government, many governments know where the money comes from into their countries,” she said.
Dr Sikazwe also called for amendment of the NGO Act to remove archaic laws because it will infringe on people’s freedoms of association and interfere with operations of NGOs.
She said there is no need for the NGO Act to regulate NGOs as they are capable of regulating themselves just like other bodies and that the NGO movement is ready to dialogue with Government over the Act.
Dr Sikazwe said Government should create an enabling environment in which NGOs should operate because they are partners in national development and poverty reduction.
She said the NGO movement with a wide network across the country will continue to supplement Government efforts in improving lives of the people.
Dr Sikazwe also commended President Sata for appointing a number of women in decision- making positions adding that they are capable of handling key affairs of the nation.
On the constitution-making process, Dr Sikazwe said Government should listen to the demands of the people and that the copies of the draft Constitution should be released to the public without any delay.