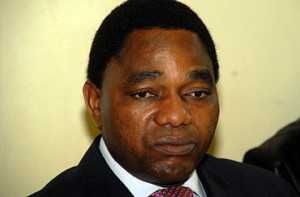 peaking during a media briefing in Lusaka today, UPND President Hakainde Hichilema says Fr. Bwalya was arrested following orders from President Sata and has since been given hush bail conditions.

Mr. Hichilema says he managed to speak to Fr Bwalya while in detention after a mobile phone was sneaked in and that the ABZ leader pledged to work with the UPND and other meaningful opposition political parties.

He says Fr. Bwalya been told to look for three working sureties and K30, 000 cash as part of his bail conditions.

And Mr Hichilema says the UPND will work with ABZ for the betterment of the country and that any meaningful opposition political parties are welcome to join them.