Home GENERAL NEWS NGO & Charities In Zambia, around two-fifths of young children do not officially exist 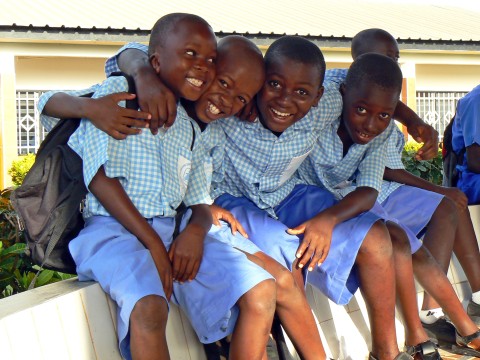 A new report from the UN’s child agency (UNICEF) highlights how it is still common in many developing countries for children to go unregistered at birth.

Most of the countries with the lowest levels of child registration at birth are found in sub-Saharan Africa. InZambia, for example, only 14% of children are currently registered when they are born. This absence of initial registration makes it harder for families to obtain a birth certificate, which is a highly centralised process and often takes months.

Since it is not an easy process, around 40% of under-fives in Zambia are estimated to be lacking a birth certificate. This can mean families struggle to access health care or education for their children. As children grow older, a lack of official identification can also mean a child is more easily forced into an early marriage, since no official record exists of their age.

There is also the danger that children are more readily used in child labour (or in some countries conscripted into the armed forces before the legal age). Later on in life, adults without birth certificates may also find it much harder to access social welfare provisions or jobs in the formal sector, or prove they have the right to vote, obtain a passport or inherit property.

In Zambia, such high-level advocacy has led to a proposal that birth registration will be integrated into the national health system. The hope is that this proposal will not only aid the collection of important national data, but also lead to an increase in the number of young children in Zambia who are issued with a birth certificate, since such a document is vital to ensuring every child has the right start in life.

Find out more about SOS Children’s work in Zambia.