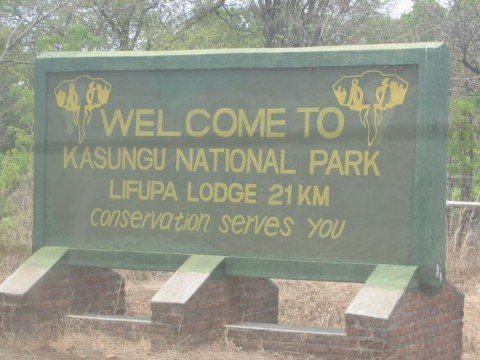 Twenty Zambians are currently being held in Malawi’s Kasungu Prison after being convicted of encroaching in Kasungu National Park.

They were then taken to the Kasungu First Grade Magistrates Court where they were prosecuted on Monday 25th November, 2013 and found guilty of contravening the National Parks and Wildlife Act of Malawi.

Of the 28, eight were given suspended sentences on account of old age and poor health while 20 were each fined 45,000 Malawian kwacha about K675 in default three years imprisonment.

The 20 are yet to source money to pay for them to be released.

Zambia’s High Commissioner to Malawi Charles Banda noted with sadness the predicament the Zambians nationals have found themselves in.

Mr Banda appealed to traditional leaders in Chipata District and well wishers to help the Zambians with finances so that they could be released from prison.

He has urged Chief Chanje to look for alternative land in Zambia for his subjects so that they do not return to Kasungu National Park once they are released from prison.

This is contained in a statement issued to QFM News by first secretary for press at the Zambian high commission in Malawi Chansa Kabwela.