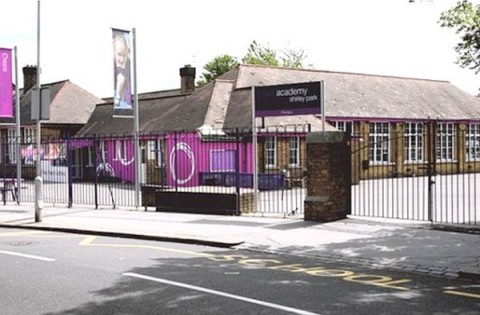 Welcome to the London school situated close to an asylum screening centre where pupils speak 69 different languages… including Akan, Bemba and Kikuyu

A school situated close to an asylum screening centre has pupils that have 69 different languages as their mother tongue, it emerged today.

Teachers at the Oasis Academy Shirley Park, in Croydon, south London, have to cope with teaching children who speak a vast multitude of languages from across the globe, including Akan, a language native to Ghana, and Bemba, a dialect spoken in part of Zambia.

It is thought that the school, which is located a little more than two miles away from the UK Border Agency’s Asylum Screening Unit, is thought to have the highest number of different languages currently spoken in a British school.

The screening unit is where asylum seekers from across the UK go to have their applications assessed.

Of 1,539 children at the school aged between four and 19, 422 speak English as a second language.

The other main languages spoken are Turkish, the mother tongue of 41 students, Urdu, spoken by 30 pupils and French, which is the native language of a further 29.

But the academy also has 28 children who speak Somali, 23 who speak Jurdish, and 18 who speak Arabic.

Some of the more unusual languages spoken by pupils include, Igbo, a dialect familiar to people in south eastern Nigeria, Kikuyu, which is spoken in Kenya, and Bahasa, a language spoken in Indonesia and Malaysia.

The school also caters for one pupil who communicates using sign language.

Staff at the school insisted yesterday that they see the arrival of children from all over the world as a positive rather than a challenge.

A JUNIOR LEAGUE OF NATIONS

The school has students with 69 different mother tongues. But what are some of the more unusual?

Spokeswoman Jacqui Collins said: ‘Although the number of different languages is currently 69, it is changing all the time. It comes in waves.

‘Having such a variety of cultures and languages means the pupils learn in a rich environment and the children are always helping one another.

‘There has been negativity sometimes about the diversity of population, but we really celebrate it here.

‘We mark Black History Week and other events. It has always been culturally diverse here – and the children learn very quickly.’
Read more