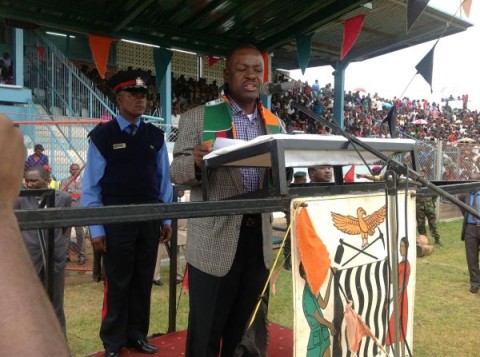 Tweet
Justice Minister Wynter Kabimba says the protest by the Technical Committee over his Ministry’s directive to print only 10 copies of the final daft constitutional is not against him as an individual but against the appointing authority.

Mr. Kabimba however notes his Ministry is not exerting coercion on the Technical Committee to carry out the directive to print only 10 copies of the draft constitution because the committee works under terms of reference.

Mr. Kabimba has further told journalists that the Technical Committee however has right to do whatever they want as per term of reference.

And when asked whether there will be room for dialogue between the Technical Committee and government over the misunderstanding, Mr. Kabimba said it is up to the Committee to decide as government is always ready to dialogue.