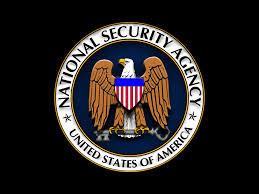 The National Security Agency has used its massive collections of electronic data to create a graphic analysis of some American citizens’ social connections including travel, location, associates and even Facebook ties, a published report said Saturday.

The New York Times reports that the super-secret electronic spy agency has developed sophisticated graphs of social connections based on phone call metadata and e-mail logs since beginning the project in November 2010.

The newspaper based its report on documents provided by Edward Snowden, the former agency contractor who leaked classified details of U.S. and British government surveillance.

The analysis resulted from a policy shift by top agency officials aimed at helping to identify and track connections between foreign intelligence targets and Americans with whom they communicate.

The report said the agency was authorized to conduct “large-scale graph analysis on very large sets of communications metadata without having to check “foreignness” of every e-mail address, phone number or other identifier. Previously, such analysis of data had been permitted only for foreigners because of concerns about the privacy of American citizens.