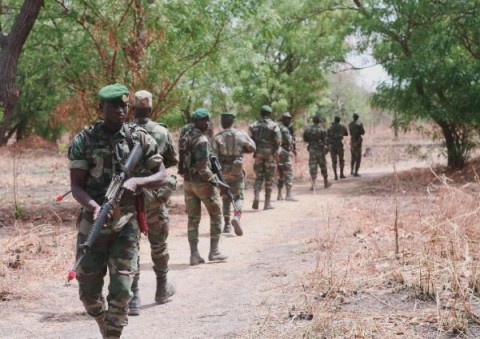 Tweet
A 28-YEAR-OLD soldier of Mushili commando unit in Ndola has been sentenced to 20 years imprisonment with hard labour for aggravated robbery.

This is in a case in which Minyoi Mundia, a sergeant, was charged with aggravated robbery.
The offence is contrary to Section 294 of the Penal Code Chapter 87 of the Laws of Zambia.
Passing the sentence on Tuesday last week, Ndola High Court judge Petronella Ngulube said she was satisfied that the prosecution had proved its case against Mundia beyond reasonable doubt.
“I sentence you to 20 years imprisonment with hard labour with effect from June 16, 2013, when you were arrested,” Mrs Justice Ngulube said.
She granted Mundia leave to appeal to the Supreme Court within 14 days.
In mitigation through legal aid counsel Olipa Sakala, Mundia pleaded with the court to exercise maximum leniency on him because he is married with two children and he is a youthful soldier.
Particulars of the offence were that Mundia on May 30, 2013 in Ndola, jointly and whilst acting together with other persons unknown, robbed Steven Nkhuwa of a Toyota Fun Cargo registration number ACT 8972 and K40 cash altogether worth K27, 400.00.
Mundia threatened to use or used actual violence against Mr Nkhuwa.
Delivering judgment, Mrs Justice Ngulube said it was Mundia’s duty as a soldier to protect people and not to terrorise them.
Mrs Justice Ngulube expressed concern that violent crimes are on the increase and it is important for the courts to impose deterrent sentences.
Evidence before the court was that on the material day, Mundia hired Mr Nkhuwa’s taxi to a place near Mufulira road.
The court heard that when Mr Nkhuwa reached a place called Tuelve Miles on Mufulira road, Mundia asked him to stop the car so that he could answer the call of nature.
The court heard that when Mundia returned to the car, he went to the driver’s seat, pointed a pistol at Mr Nkhuwa and ordered him to hand over the car keys.
Mr Nkhuwa identified Mundia on an identification parade.