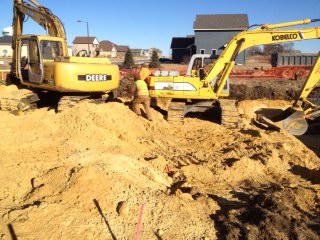 GOVERNMENT has signed 17 contracts valued at K73 million for the construction of 180 housing units in 17 newly-created districts.

The 17 districts will have an average of 10 housing units each which would be constructed over a one-year period from the date of signing the contracts.

Dr Mulenga said Government awarded the contracts to local contractors in order to provide business opportunities for them.

He urged the contractors to adhere to the agreed schedule of works, designs and specifications.

Dr Mulenga warned that his ministry would not hesitate to cancel contracts with firms that would breach terms and conditions attached to the agreements.

“It is important that construction of the houses is done on schedule because professionals that are being recruited or transferred to the newly-created districts will require adequate houses to effectively operate,” he said.

The permanent secretary said the construction of housing units would also be extended to old districts in order to address the required estimated three million housing units countrywide.

Dr Mulenga appealed to contractors to give priority to local people in the respective districts in line with Government efforts of creating more jobs for the youth.

“It is only fair that they should also pass on the benefits to the communities in which they will be operating by engaging local people in jobs that may not require skilled manpower,” he said.

Dr Mulenga said out of the 29 new districts created by President Michael Sata, 22 were now operational after successfully defining their boundaries and signing Statutory Instruments establishing them.

He said the ministry had submitted the necessary documents to the surveyor general to facilitate the defining of boundaries for the remaining seven new districts.