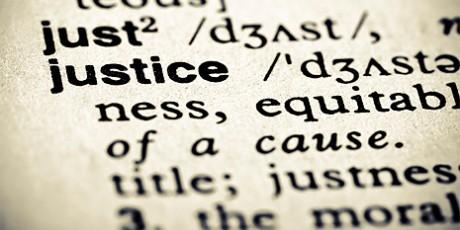 The Press Freedom Committee (PFC) of the Post Newspaper has been registered as a fully fledged media body.

PFC Press Ombudsman Mr Shekh Chifuwe disclosed  this when he and other members of the PFC management team called on Information and Broadcasting  Services Minister Kennedy Sakeni at his office at the Government Complex in Lusaka n May 4th.

And Mr. Sakeni has hailed the registration of the PFC as a media body, saying the development is consistent with Government’s agenda for the growth of a free,  independent and professional media in the country.

Briefing the Minister on the background of the organization, Mr. Chifuwe said the PFC was established in the year 2000 as an advocacy wing for press freedom under the ambit  of The Post newspaper.

ZANIS reports that this is according to a statement issued by the Minisyry of Information and Broadcasting Services (MIBS )’s Press and Public Relations Unit, in Lusaka today.

According to the statement, Mr. Chifuwe said for over a decade, now , the PFC has been active in promoting a better media landscape in the country through,  among other interventions, provision of financial and material support to media institutions such as the Press Association of Zambia (PAZA),  and some community radio stations around the country.

Mr. Chifuwe added that the PFC served as the Secretariat for the World Press Freedom Day national organizing committee in 2009.

He said the organization is also the current Secretariat for the Media Liaison Committee – a consortium of media bodies that spearheaded  the establishment of the Zambia Media Council (ZAMEC) which was launched recently.

“Three years ago, we decided that the PFC should be  registered to operate as an independent  corporate body. We have since registered the organization which is why we requested to meet you Hon. Minister today so that we can brief you on  where the PFC is coming from and where we are now.

“  The PFC is now a corporate entity which can sue and be sued,”  said Mr Chifuwe who was flanked by PFC Chairperson Leah Komakoma, Information Officer Brighton Phiri and Assistant Information officer Nelly Phiri.

And Mr. Sakeni said it is pleasing to note that press freedom which the PFC has been advocating over the years is becoming a reality under the PF Government.

“The media is free. Since we came into office,  no journalist has been arrested no matter how injurious his or her  story might  be. We are committed to enacting  relevant laws to enhance media freedom for a well informed populace,” said the minister.

The minister , who is also Chief government spokesperson,  also urged The Post newspaper to consider decentralizing the printing of the newspaper by setting up printing presses in each of the 10 provincial centres.

He said the move will ensure timely and effective circulation of the newspaper countrywide.

“We have to move with time technologically so that at the stroke of a button, the newspaper is printed and available countrywide,” he said.