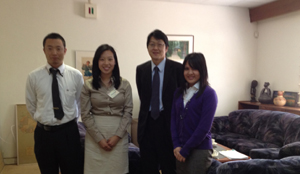 The Japanese Government has signed a grant contract amounting to US$867,790 with the Association for Aid and relief Japan to facilitate the implementation of HIV/ AIDS programmes in Kafue District.

And the Netherlands Government has given Kabwe Municipal Council over K700 million for construction of dry lavatories in three townships in Kabwe.

Charge D’affaires Atsushi Kuwabara said the grant was meant to facilitate the implementation of HIV/AIDS projects in Kafue, adding that this was the first phase of the three-year community-based comprehensive project to tackle HIV/AIDS within three project areas in Kafue.

Mr Kuwabara said the grant would contribute to the establishment of a support system for people living with HIV as well as those at risk of infection.

He said the activities included the construction of an  Anti-retroviral Therapy (ART) centre in clinics of the three project areas to provide clinical examinations, improvement of data management, training of health volunteers, and awareness raising on HIV/AIDS and ART.

“The planned activities of this project are aligned with Japan’s country Assistance Policy to Zambia as well as with the priorities of the government of Zambia in the health sector development.

“Japan can make and has been making a considerable contribution to the  improvement of the health of people around the world in both medical  research and medical service provision,” Mr Kuwabara said.

He said in the area of support to medical service provision, Japan had been providing financial support, which  included financial contributions to the Global Fund to fight AIDS,  tuberculosis and malaria.

And Association for Aid and relief Japan Zambia office director Hiromi Kawano noted that there  had been considerable increase in demand for ART services in Kafue  communities, saying the grant would help the residents of  Kafue access the services.

She disclosed that the Association for Aid and relief Japan would construct two ART clinics at  Nangongwe Health centre and at Mt Makulu health centre within this year.

Ms Kawano said during this phase, the Association for Aid and relief Japan would provide capacity development training to 20 ART adherence supporters, 10 from each site, to enhance the follow-up system of clients and enhance adherence.

And Kabwe Mayor Moses Mwansa said Waste Netherlands had partnered with the local authority to provide access to sustainable lavatory facilities to poor households in peri-urban areas in the district.

Speaking on Thursday night during a sanitation meeting with stakeholders, Mr Mwansa said more than five households shared one pit latrine because of inadequate space for the construction of new ones or because they had collapsed because of poor construction.

He said this posed a threat to the general health of the communities as they suffered from water-borne diseases such as cholera and typhoid almost every year.

And council director of public health Greenford Sikazwe said the project was being undertaken in three wards namely, Makululu, Nakoli and Chirwa and that the purpose of the sanitation night was for the local authority to engage and involve its stakeholders such as Lukanga Water and Sewerage Company, Kabwe medical office and Zambia National Building society.