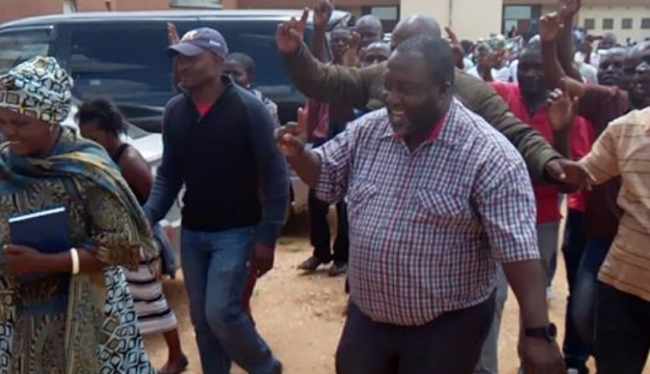 Rival factions in the opposition NDC have met with a view to reconcile.

NDC vice president Joseph Akafumba announced at a press briefing flanked by Mwenya Musenge and others.

Akafumba has also clarified that the warring factions within the NDC had sat down to resolve the issues.

He said unity of purpose in the NDC was vital.

He added that the NDC remains a dully registered political grouping.

He added that the letter purportedly issued by NDC secretary general Mwenya Musenge to the media should be ignored.

He adds that any perceived internal squabbles within the NDC are being addressed.

The NDC vice president has since urged party Stewart’s countrywide to continue mobilizing its ranks and files.

He has called for discipline and unity of purpose in the NDC.

And Mr Musenge has denied assertions that he has been paid any money by the governing PF to dismantle the NDC.

He said he was deeply concerned with the way things were being run outside the party constitution.

He said the NDC was less than two years and the current problems were merely teething problems.