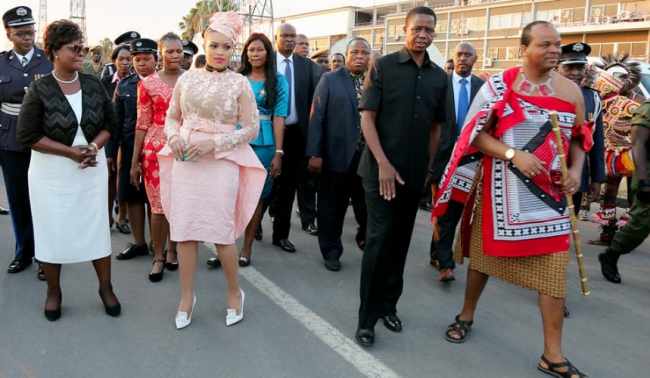 The Roan MP says this follows the extravagant and opulent nature of campaigns launched by the ruling party on the just ended by-elections in some parts of the country.

The NDC consultant has become third among those who have castigated the ruling party, for the money it has spent on campaigns.

Mr. Kambwili has further squashed defence by the party that campaign funding has been coming from well wishers , stating that he had been a senior member of the ruling party, and membership monthly contributions cannot amount to the resources the party used during campaigns.

He accuses the ruling party of receiving money from Chinese companies which have contracts with government, a move he says is illegal and should be investigated.

Further, the Roan MP has requested DEC to investigate the Presidential empowerment fund, which he describes as President Lungu’s Slush fund akin to one maintained by former president Frederick Chiluba during his reign.

Mr. Kambwili claims that the huge sums of money under this fund are not provided for by any legal authority.

The Roan MP arrived at the DEC officers around 14 hrs this afternoon, and submitted his report to the Dec commissioner.

Meanwhile the Patriotic Front says it is not shaken by Mr. Mr. Kambwili’s report, saying he should be the least to talk about money laundering as he is a potential jail bed following his corruption cases that are currently in court.

Party Media director Sunday Chanda, tells Q News that it is because of well wishers and innovative undertakings that the party is where it is today and not Mr. Kambwili’s alleged money laundering activities.

He says the NDC consultant should stop wasting the commissions’ time and resources over petty matters.

He says it is not the PF’s fault that Mr. Kambwili has failed to fundraise and manage the NDC