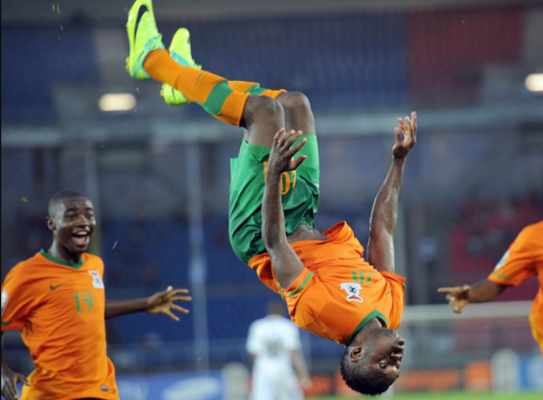 National football team coach Wedson Nyirenda may have jumped from a frying pan to fire by applying for the Cameroun national team coaching job.

An insider at Football House yesterday told the Times Sport that the Football Association of Zambia (FAZ) was extremely displeased with the coach move and may table his sacking for what is termed indiscipline in the executive meeting.

Nyirenda is among the 71 coaches that have applied for the vacant Cameroun job but his employees have not taken the move lightly.

The sources also revealed that Nyirenda is scheduled to have a meeting with the Sports Minister Moses Mawere this week.

“FAZ seems not too happy with Wedson‘s conduct and he may face disciplinary measures,” the source said.

It will also be interesting to see if coach Nyirenda will be in charge of the team ahead of the COSAFA Senior Challenge Cup after hinting to FAZ that they should fire him and give him his dues.

Nyirenda a fortnight ago wrote an email to FAZ saying that he felt not wanted by his employers and that they should relieve him of his duties and pay him.

Nyirenda in the letter also refused to be part of the technical committee meeting stating that it was unnecessary since the FAZ had already made up its mind.

“I don’t think there is need for technical review when you have already judged and made up your minds. You would be doing me a great favour if you terminated my contract. I have been injured for so long now and I’m only human. We cannot go on pretending. Where I thought I would be getting understood according to our objective is where I am getting attacks,” Nyirenda said.

The Chipolopolo regroups today in Lusaka with coach Nyirenda summoning a new look Chipolopolo for preparations ahead of COSAFA next month.

Nyirenda has handed call outs to Kitwe United striker Emmanuel Chabula and Peter Nyirenda of New Monze Swallows among others.