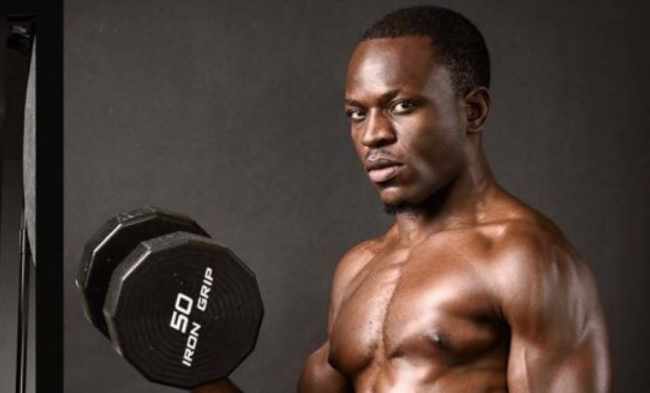 Over the weekend, X rated images and videos of Shumba emerged on the internet with many Zambians expressing disappointment and disgust at the discovery.

The Atlanta based actor who last month toured his home country Zambia and treated to VIP reception by the Zambian government said he was sorry for his actions which he said happened when he was a “young man.”

In a statement issued by his publicist Larissa Long of BlueRed Communications, Shumba said he has grown and learned from his past as “we all do.”

“Although he recognizes his errored decision he does own up to the immature behavior in his past.”

Below is the full statement issued on behalf of Patrick Shumba

Recently there was an unsavory video released of Shumba Mutukwa to the Zambian public from his 20s. He was a young man that made a choice not all may agree with however, it does not change who Mr. Mutukwa is as a man, philanthropist, or actor. Mr. Mutukwa has grown and learned from his past as we all do. Although he recognizes his errored decision he does own up to the immature behavior in his past.

There is nothing more he can do but continue to use his celebrity to better the country of Zambia. He temporarily closed down his social media accounts only because he knows there are children engaged with him that he knows should not witness the video. He asks that people refrain from sharing the video on social media to look out for young eyes.

Again, he was a young man himself and is not the same youthful person he was. His life is dedicated to bettering others and what he did in his past has nothing to do with what he’s accomplished and will continue to accomplish. He has strong pride in Zambia and works hard to make the country and its citizens proud.

That is his path and he has proven well beyond a doubt that who he is today and will be in the future. The man you’ve grown to love, not the youth that makes immature decisions. For any questions or statements on this matter please contact Mr. Mutuka’s publicist Larissa Long.

“Thank you for understanding we all make mistakes but know I will continue to bring pride to Zambia. My growth continues in everything I do from errors to successes.” -Shumba

And Shumba later penned an emotional poem below which he posted on his Facebook account to further apologise for his actions.

Emptiness. It’s what fills my lungs when I inhale. My ribs constrict me, forcing my lungs to collapse. I’m still alive, but I’m dead on the inside. Pure darkness in my soul. 70 shades darker than dark black.

Silence. It’s what’s fills the air when I call for help. Not a word of encouragement. Deafening negative vibes echoing through space, magnified by hate and conditional love. Words, sharper than a chef’s knife, piercing through my ear canal. I play deaf, but I’m listening. God hears and knows my path.

Shame. It’s what running through my blood as I try to run away from the truth. The truth that I made a mistake. A mistake I can never fix, even if I tried. So, I hang my head low and pray it all comes to pass. Time stands still and it doesn’t pass fast enough. I’m emotionally constipated. Trapped inside the belly of a fish, I can’t run from my destiny.

Regret. It’s what’s left of what was once a heart full of beautiful songs. Feeling low. Listening to blues, but not for too long because there’s beauty in all this mess: lessons to be learned and self-loathing to get rid of. I did 99 things right, and one regrettable thing…and for that I will not crucify myself. I take comfort in knowing that a great multitude still love and embrace me in the good and worse.

An apology. It’s the only thing I have left to offer. No fancy words, no excuses. Apology to the people hurt by my past mistakes. I can promise you, I am far removed from that man. New path, new choices, new directions, renewed faith.