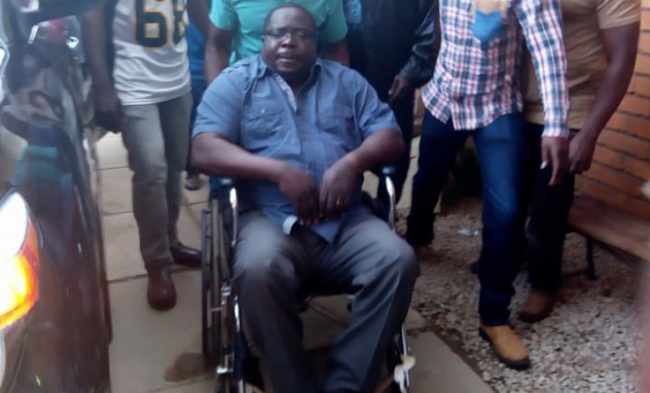 The state has handed over the passport belonging to NDC consultant Dr. Chishimba kambwili to the courts.

The passport that has been a subject of contention in Dr. Kambwili’s court case was handed over to magistrate Mwaka Mikalike.

The magistrate court had among the prerequisites for bail demanded for Dr. Kambwili’s passport.

Earlier today, magistrate Mikalike had summonsed the Deputy Immigration chief to court to explain the whereabouts of the travelling document belonging to the NDC consultant.

Dr. Kambwili was intercepted at Simon Mwansa Kapwepwe airport upon his arrival from South Africa where he had travelled for routine medical attention.

Dr. Kambwili who has been taken ill at the UTH is currently formalizing his bail application with prison authorities.