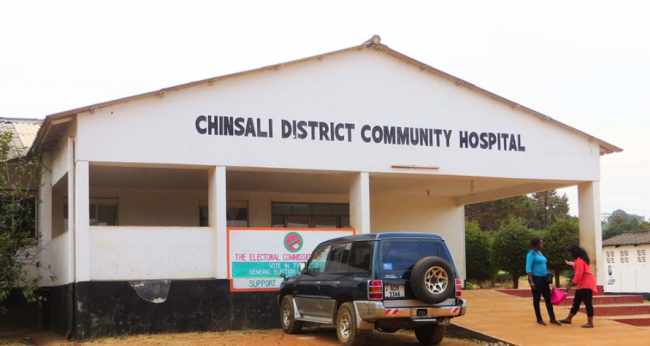 In its continued effort to improving service delivery to the Zambian people in the area of health, the ruling Patriotic Front (PF) has disclosed that it is constructing a General Hospital in Chinsali which will serve all districts of Muchinga province.

Chinsali area Member of Parliament Kalalwe Mukosa disclosed to journalists at the PF Interactive Forum today in Lusaka that the construction of the hospital which has already taken shape and whose cost is estimated around K90 Million will bring quality health services nearer to the people.

“Once the general hospital is completed, the people of Chinsali will be helped a lot as they will nolonger be referred to the UTH in Lusaka or the General Hospital in Kasama but will instead access the health services within the district and on time”, said Mukosa.

The parliamentarian also disclosed that about 15-20 staff houses are also being constructed.

“This General Hospital is not just for the people of Chinsali but will also serve residents from districts like Chama, Mafinga, Nakonde, Mpika, Isoka and basically all the districts of Muchinga province”, said Hon. Mukosa.

He added that the hospital comes at such a time when the PF Government strives in ensuring that citizens have access to quick and quality health services.