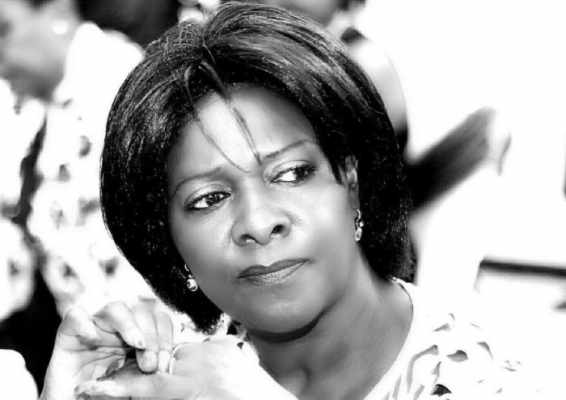 With proven productivity, commitment, excellence and intelligence from the corporate sector, she started her Political career with her best foot forward when President Edgar Chagwa Lungu nominated her to Parliament and subsequently appointed her as Minister of Commerce, Trade and Industry in January 2015. She later became Patriotic Front (PF) Member of the Central Committee (MCC) in October 2015.

Hon. Mwanakatwe is Zambia’s current Minister of Finance, following a Cabinet reshuffle by His Excellency President Edgar Chagwa Lungu, who elevated her from the Ministry of Commerce, Trade and Industry on Wednesday 14th February, 2018.

Mrs Mwanakatwe is the current board chairperson for the Policy Monitoring and Research Centre – PMRC.

She took up employment at Barclays Bank of Zambia and became the first woman to hold the position of Chief Executive Officer in all the Barclays Bank African subsidiaries.

Mrs Mwanakatwe served as managing director and CEO at Barclays Bank of Ghana, until 2009 when she joined the UBA as managing director and chief executive at United Bank for Africa Uganda Limited (UBA Uganda). During the same timeframe, she served as the regional business director for southern Africa for UBA until 2011 when she was transferred to the headquarters of UBA in Lagos, Nigeria as the director for business development in Anglophone Africa.

Hon Mwanakatwe’s experience and knowledge surpasses our explanation. Her achievements give us the hope that President Edgar Lungu has definitely picked the best to fill the portfolio of Minister of Finance.

Today we shine our light on you and wish you the best!