Home GENERAL NEWS Campaign period has not yet started – Mwila 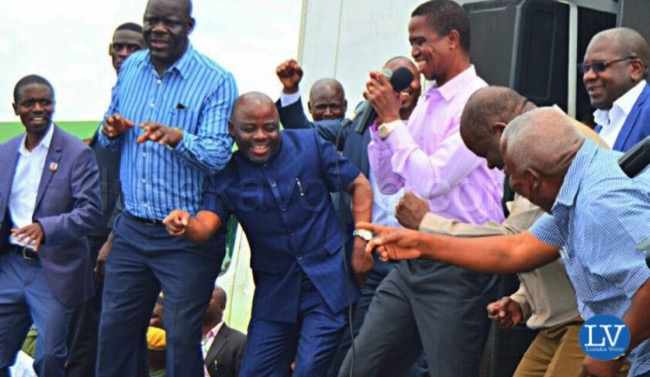 The ruling Patriotic Front (PF) has categorically stated that it is not campaigning and that campaign period has not yet started.

PF Secretary General Davies Mwila disclosed that when people are resigning and defecting to the ruling party from the opposition should not imply that PF is campaigning.

Mr. Mwila said people are at will and free to join the PF because it is their constitutional right.

The PF SG was speaking at the party Secretariat in Lusaka today when he received 700 members who defected from the opposition Forum for Democracy and Development (FDD).

The PF SG urged party members to embrace newcomers and go flat out in explaining the party policies to the Zambian people.

Mr. Mwila expressed gratitude by the magnitude of the people on a daily basis who are appreciating the good policies the party in government is putting in place to benefit the Zambians.

And speaking on behalf of the defectors, former FDD Munali Constituency Chairman Martin Mambwe said he decided to join a progressive party, PF and its leadership which is anchored on developing the nation.

And Mr. Mwila has disclosed that his party is ready for political dialoguing with the opposition in order to foster national development.

But FDD Vice President Chifumu Banda said in a separate interview that the defections are typical in African politics.

Mr. Banda said there will be no leadership vacuum in the FDD as people will soon rejoin the political party.
Chikuni Community Radio Station