According to the memo Inspector General Kangaja stated that police officer shouldn’t marry a non Zambian.

He has henceforth advised police officers who are already married to foreigners to declare their foreigner spouses to his office within the next seven days or risk disciplinary action. 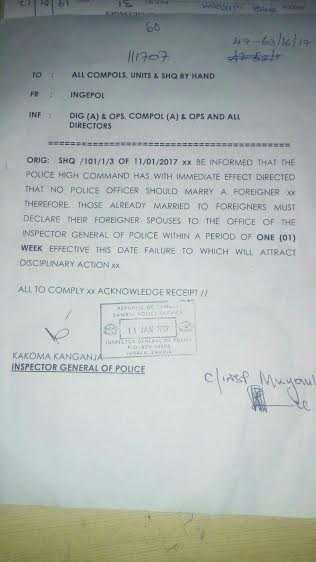