Nothing can get more politically bizarre than the sudden announcement that Elias Chipimo, Miles Sampa and Eric Chanda would form an electoral alliance to defeat the incumbent Patriotic Front (PF) government. This Sampa-Chipimo-Chanda (SCC) alliance is bizarre on so many levels.

Just this week though, United Party for National Development (UPND) president Hakainde Hichilema had very rave reviews of the SCC alliance. This is where I fail to understand the political reasoning of Mr. Hichilema. How can an SCC alliance be such a great thing to him? Unless of course, he has some hopes that this SCC will eventually join his UPND alliance at a later stage. In that case then, he is trying to oil the SCC alliance so that they could become useful to UPND’s battle for 50+1. On that basis it could be a smart move on his part. Hakainde Hichilema’s UPND needs to penetrate into the North-Muchinga-Luapula corridor if it is to dislodge the Patriotic Front from power, and getting the SCC alliance on board could be the first step in that direction.

President Edgar Lungu is reading the political mood very well. He seems to be quite open about it and I must commend him for that. To put it very bluntly: the Patriotic Front will lose the elections this year if their North-Muchinga-Luapula support wavers even slightly. To win the elections, the PF must do well in three areas: first, they must maintain a commanding lead in Lusaka and Copperbelt, second they must maintain the Luapula-North-Muchinga corridor and thirdly, they must get a steady inflow of votes in all the other areas of the country.

The above discussion might lead to the next important question. What should happen to Boma Inonge? I must put it very bluntly, Boma Inonge has done very well for the country. But even if she were to stand as an MP in her current constituency on the PF ticket, she would lose. The west had turned a page on the PF party, the UPND will dominate. Kaingu is also causing a lot of dust, but as a candidate on the PF ticket he will lose in the west. With a very dominant support in the south and the west, the UPND only needs a slight movement in the north to win the 2016 elections. It is that movement in the north that Lungu should worry about. But for now, there will be more alliances and rumours of alliances before the 50+1 finally gets to decide who wins on August 11, 2016.

This article was featured in the Zambia Daily Nation Newspaper in January 2016. Munshya wa Munshya column is featured every week in one of Zambia’s leading private print newspaper. 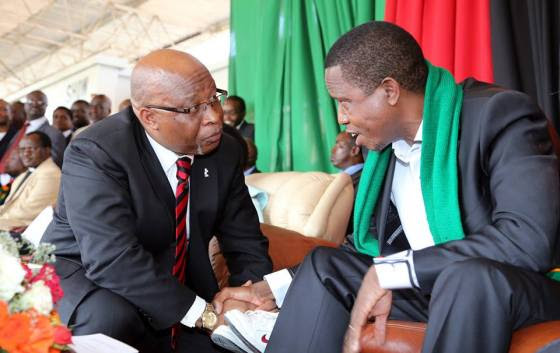 Could we have a Lungu-Mumba candidacy?