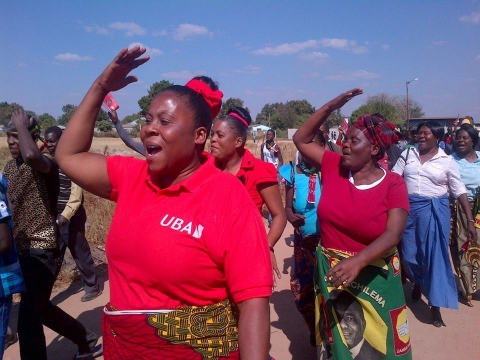 Opposition UPND President Hakainde Hichilema says a lot of serving PF and MMD Members of Parliament will join the opposition UPND when parliament is dissolved.

The UPND Leader boasts that a lot of serving PF and MMD MPs have seen that the UPND is the only progressive party in the country.

Mr. Hichilema boasts that a lot of them are just waiting to get their gratuity and that when parliament is dissolved; there is no doubt that they will join him.

Meanwhile, the UPND Leader has called on president Lungu to emulate late Republican President Levy Mwanawasa who never tolerated violence in the country.

He says when Dr. Mwanawasa came into office he found violence but that he managed to stamp it out.