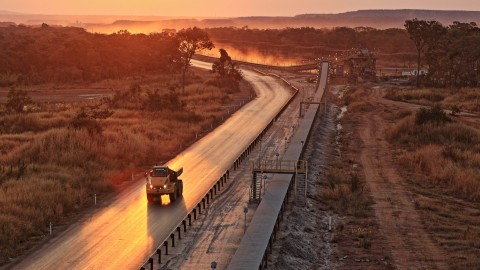 Four Chinese miners who had been trapped underground for 36 days have been rescued, Chinese state media say.

The men were trapped by a cave-in at a gypsum mine in eastern Shandong province in December.

China’s CCTV showed dramatic footage of one of the men appearing on the surface and then being taken to hospital.

Seventeen people were trapped by the collapse. Another four were earlier found alive, one was confirmed dead and the fate of the others is unknown.

The four miners were rescued late on Friday; their eyes were covered by masks as they appeared on the surface, reports say.

Local media say the men are in stable condition and are being examined in a local hospital.

More than 400 rescue and emergency workers have been involved in the operation.

For several weeks, they were tunnelling down to the surviving men, and water and liquids were passed down through a narrow borehole.

Footage from inside the mine earlier showed the four men sitting together. One of them was heard saying: “I feel relieved and secure now. We will remember you (rescuers) forever,” CCTV reports. BBC