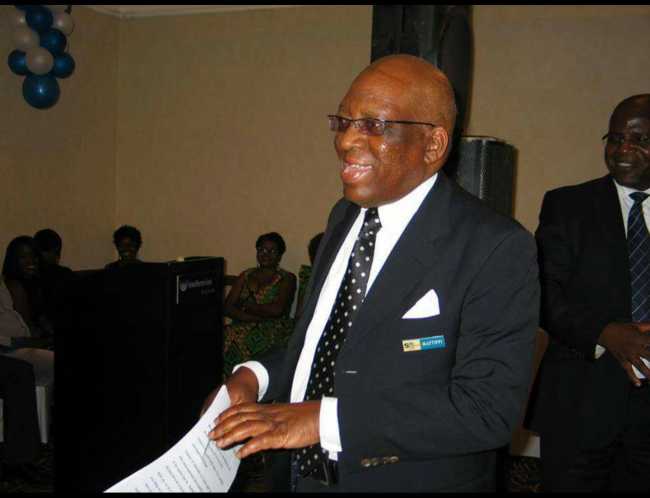 Veteran broadcaster Matteo Phiri passed on yesterday after a long battle with cancer.
The widely recognized media personality who was proprietor of 5fm Radio station died on his way to the Lusaka Trust Hospital.

Phiri was in October last year honoured by the Press Freedom Committee of The Post through the Lucy Sichone/Bright Mwape award for his contribution to media freedom and development.

Phiri was widely known for his baritone voice that dazzled many on radio in advertisements and shows that mostly appealed to a mature audience.
The 70-year-old radio personality had crafted a following with his signature sentiments like “Kuvina sitilesa manje kavinidwe” loosely translated as “we do not prohibit dancing but the manner of dancing”.
He modelled many lines along his trademark radio charms.