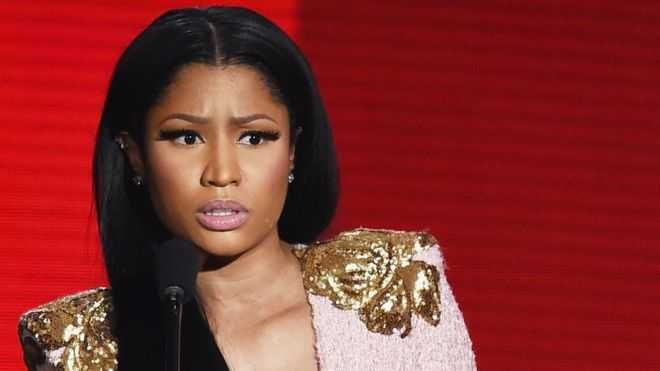 US rapper Nicki Minaj has been asked by a rights group to cancel her performance in Angola on Saturday.

The Letter from Human Rights Foundation (HRF) says the money to pay her comes from “government corruption and human rights violations”.

Angolan rapper Luaty Beirao has been in prison since June, along with 14 other activists who are on trial accused of preparing a coup.

Representatives for Minaj and the Angolan government are yet to comment.

Since the end of the conflict in 2002, Africa’s second-largest oil producer has witnessed an economic boom, but critics of the elected government say the wealth has only benefited a small elite.

HRF’s Thor Halvorssen says in the letter “your participation in a performance sponsored by a thuggish kleptocratic dynasty involved in gross human rights violations would be improper”.

Minaj is due to perform at a Christmas party hosted by mobile phone company Unitel.

Mr Halvorssen points out that the company is controlled by Isabel dos Santos, daughter of Angolan President Jose Eduardo dos Santos and said to be Africa’s richest woman.

Two days after the accusation Ms Dos Santos’s company Fidequity issued a statement insisting it is an independent company and doesn’t use public funds.

Minaj is not the only performer to be criticised by rights groups for their choice of gigs.

Singer Jennifer Lopez was criticised in 2013 for singing Happy Birthday to the leader of Turkmenistan, who was accused of human rights violations.

In 2011 Nelly Furtado said that she would give away $1 million (£615,000) she was paid to perform for the family of Libyan leader Muammar Gaddafi.