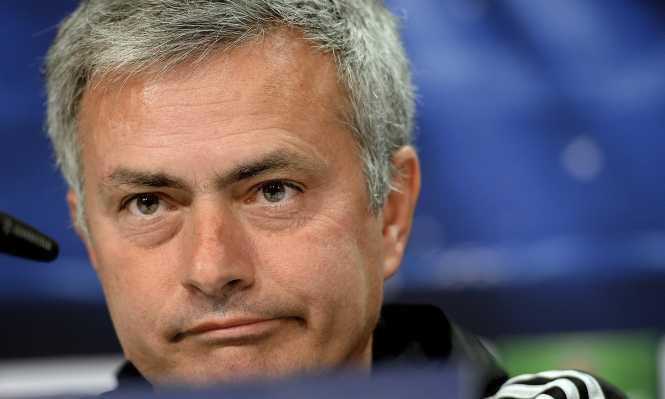 Chelsea Coach Jose Mourinho has identified the problems at both ends of the pitch which led him to talk of “betrayal” after seeing his champions Chelsea slump to their ninth Premier League defeat of the season at Leicester City on Monday.
The under-fire Portuguese manager explained that he had warned his players about the threat posed by table-topping Leicester’s fast-moving strike force.
“I worked for four days on this match,” he told the Chelsea website (www.chelseafc.com). “I prepared everything related to the opposition. I identified four movements where they score almost all of their goals.
“My players got all that information and training in the last three days. From the four types of situation I identified, we conceded the first and the second goal.
“I think they listened and they are good enough, but the mistakes were there.”
Mourinho said Chelsea also had a problem with the number of goals their attacking players are scoring.
“When we make defensive mistakes, we are punished because we don’t score enough goals,” he said. “The team pays for the number of goals our attacking players aren’t scoring.”
Mourinho was encouraged by the spirit shown in the final 30 minutes when, 2-0 down, Chelsea rallied to pull one goal back.
“They tried, they gave everything they had, they scored one goal, and they could have scored more,” he said.
“That’s the positive thing that makes me leave the dressing room with a feeling that isn’t so bad as the result because, in the last 30 minutes, they were a team.
“They accepted the risk and the risk was enormous. If we didn’t play well like we did it could have been a fat result. Nobody was afraid of that. We went for the rescue and we were almost there.”
Spain striker Diego Costa’s poor form has caused Mourinho to change his formation.
“The lack of confidence of Diego, in front of goal, is bringing him to other areas,” the manager said.
“When I saw that situation with him leaving the box, I put (Loic) Remy on. When you have a second striker you reduce the area between the lines which is very important for us.”
© Reuters