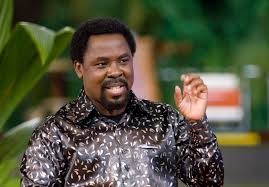 The arraignment of Registered Trustees of Synagogue Church of All Nations, SCOAN, and four others over the September 12, 2014 building collapse which claimed 116 lives was yesterday adjourned till December 11.

Senior Pastor of the church, Prophet T.B Joshua, is one of the trustees.

Justice Lateef Lawal-Akapo of an Ikeja High Court adjourned the case due to the absence of four out of the five defendants in court on Monday.

The Lagos State Government had filed charges against them following the July 8 judgment of the Coroner’s Inquest which indicted the church and its engineers over the building collapse.

At the proceedings yesterday, the judge observed that the second, third, fourth and fifth defendants were not in court to take their pleas.

The prosecuting counsel and Lagos State Attorney- General, Mr Adeniji Kazeem, told the court that some of them were yet to be served.

“We confirmed that Synagogue Trustees and the Hardrock Construction Company have been served.

“The other defendants in the matter could not be served because their addresses are not valid,” Kazeem said.

Counsel to the first and second defendants, Mr Oluseun Abimbola, said the defendants were absent because of the non-service of the charge by the prosecution.

He said: “The state cannot say that they do not have valid addresses because they were served in previous proceedings.

“The engineers, Ogundeji and Fatiregun, were even arrested by the Police and charged before a magistrate’s court where they were later released on bail.”

After listening to both counsel, Akapo advised the defence counsel to remind the defendants that the matter was a criminal one which was sensitive.

“Service in any proceeding is fundamental and anything done outside of this is a nullity.

“The defence counsel is hereby directed to oblige the prosecution team with valid addresses of the third, fourth and fifth defendants within 72 hours,” Akapo said.

The founder of Synagogue Church of All Nations (SCOAN), Temitope Joshua, was absent in court on Monday at the start of … see more »