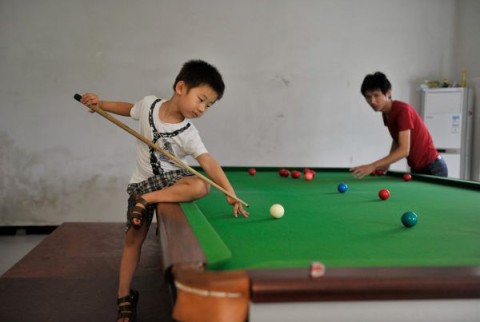 China has decided to end its decades-long one-child policy, the state-run Xinhua news agency reports.
Couples will now be allowed to have two children, it said, citing a statement from the Communist Party.
The controversial policy was introduced nationally in 1979, to slow the population growth rate.
It is estimated to have prevented about 400 million births. However concerns at China’s ageing population led to pressure for change.

Couples who violated the one-child policy faced a variety of punishments, from fines and the loss of employment to forced abortions.
Over time, the policy has been relaxed in some provinces, as demographers and sociologists raised concerns about rising social costs and falling worker numbers.
The Communist Party began formally relaxing national rules two years ago, allowing couples in which at least one of the pair is an only child to have a second child.
The decision to allow families to have two children was designed “to improve the balanced development of population” and to deal with an aging population, according to the statement from the Community Party’s Central Committee carried by the official Xinhua News Agency (in Chinese) on Thursday.
Currently about 30% of China’s population is over the age of 50.
Correspondents say that despite the relaxation of the rules, many couples may opt to only have one child, as one-child families have become the social norm.
Critics say that even a two-child policy will not boost the birth rate enough, the BBC’s John Sudworth reports.
And for those women who want more than two children, nor will it end the state’s insistence on the right to control their fertility, he adds.
“As long as the quotas and system of surveillance remains, women still do not enjoy reproductive rights,” Maya Wang of Human Rights Watch told AFP.
The announcement comes on the final day of a summit of the Chinese Communist Party’s policy-making Central Committee, known as the fifth plenum.
The party is also set to announce growth targets and its next five year plan.
BBC