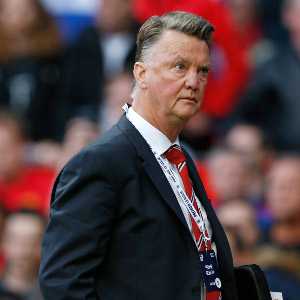 Middlesbrough were lucky to win on penalties, Manchester United manager Louis van Gaal said after his side were knocked out of the League Cup by the Championship club on Wednesday.
With captain Wayne Rooney, Michael Carrick and Ashley Young all missing from the spot during the 3-1 loss, the Red Devils have now lost each of their last four penalty shoot-outs in all competitions.

“It is more like the casino, red or black. They were lucky but of course you can force the luck. We trained yesterday on penalties, but it is like that. I cannot take them,” Van Gaal told reporters after the game.
United have lost in three of their last four League Cup meetings against lower-league opposition and Van Gaal has criticised his side’s poor finishing, especially after they missed a series of chances on Wednesday.
“My feeling is that we were so close, and that we have to finish because we have created a lot of chances — especially in the second half and in extra time,” former Netherlands manager Van Gaal said.
“We had chances from one metre, two metres in front of the goal. We have to finish those.”
Defender Chris Smalling has called on his team mates for an immediate reaction when they travel to face Crystal Palace, who have lost their last three games, in the Premier League on Saturday.
“Everyone’s very flat in the dressing room. We had quite a lot of chances but it just didn’t break our way today,” Smalling told the club’s website (www.manutd.com).
“I think we’ll take the disappointment but tomorrow we need to turn our attentions immediately to Saturday, because it’s another big game, an away game, and we need a response from tonight.”
“It’s our job to break them down and we couldn’t do it in normal or extra time, and when you get to penalties it’s anyone’s luck,” the England international added.
© Reuters