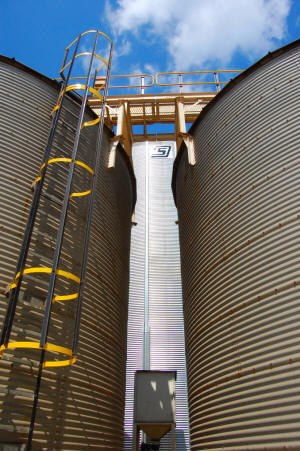 PARLIAMENT heard on Wednesday that government will investigate reports that National Milling Company is fortifying its mealie-meal with Vitamin A.

Deputy Minister of Health Chitalu Chilufya said this in response to Chadiza member of Parliament (MP) Allan Mbewe’s (MMD) observation that the milling company is actually fortifying mealie-meal with Vitamin A.
Mr Mbewe’s remarks came after Kalabo Central MP Chinga Miyutu (UPND) asked the Minister of Health to extend the fortification of Vitamin A to mealie-meal because sugar is viewed as a luxury in remote rural areas.
“Mr Speaker, I wish to implore the Minister of Health to extend the provision of Vitamin A to mealie-meal because sugar is an option in rural areas, while mealie-meal is readily available,” Mr Miyutu said.
But in response, Dr Chilufya explained that his ministry is not aware that National Milling Company is fortifying its mealie-meal.
He said by law, only sugar was agreed upon for fortification with vitamin A after extensive research.
“We will investigate this matter because it is after extensive research that we found sugar as an appropriate vehicle to pass on Vitamin A. But as a ministry, we remain open to innovation and further research,” Dr Chilufya said.

In the original question for oral answers, Mr Miyutu had asked the Minister of Health what measures Government is taking to reduce the deficiency of vitamin A among the Zambian population.
The minister explained that Government has taken practical measures to address the situation and is currently working with some UN organs as well as the civil society to ensure that there is adequate Vitamin A in the country.
Meanwhile Mazabuka Central MP Garry Nkombo (UPND) presented before the House a packet of pasteurised milk from Poland in a bid to raise concern on the presence of imported milk in some supermarkets, VIOLET MENGO reports.
Mr Nkombo, who sent the House into rolls of laughter, said imported products are negatively affecting the local dairy industry.
“If we can have products such as milk being imported from Europe and even further parts of Europe – Poland, it is a clear indication that many people in the dairy industry in my constituency and some parts of Monze are on the verge of losing their jobs,” he said.
Contributing to debate on President Lungu’s opening address to Parliament, Mr Nkombo said it is not good for Government to allow products like Polish milk to sale in the country at the expense of locally produced milk.
But Speaker of the National Assembly, Patrick Matibini directed Mr Nkombo to file a question on the issue of imported milk to the Minister of Agriculture and Livestock so that the matter could be adequately addressed.