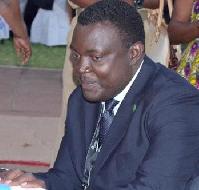 The PF in Lusaka says President Edgar Lungu should not be judged based on the depreciation of the Kwacha.

Lusaka Province Youth Chairman Kennedy Kamba says this is because the depreciation of the currencies is a global phenomenon following the fall of commodity prices.

Mr. Kamba says it is not right for opposition political parties to suggest that the PF has failed the people of Zambia due to the depreciation of the currency.

Mr. Kamba told ZNBC news in an interview that the people of Zambia will only judge President Lungu and the PF based on the works done in sectors such as health, education and Agriculture.

He explained that Government has done so well so far adding that its the reason why the PF has continued to win by- Elections.

And Brave Mweetwa who is PF Siavonga district chairman says amidst critics, President Lungu is focused on the development agenda of the country.