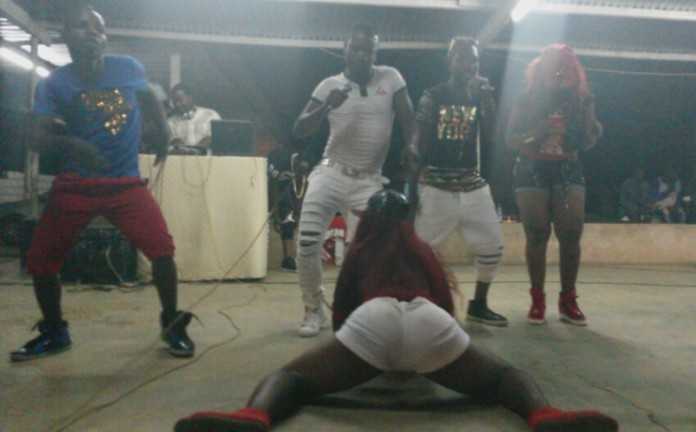 The show, which started around 10pm, went up to the early hours of Saturday. The Copperbelt-based singer took to the stage at at 10:45pm and wasted no time in doing what he does best.

They were no dull moments as Dandy and his energetic dancers kept the audience cheering and dancing throughout as he belted out a number of his hit songs which included the famous Kolopa.com

“Mulishani abena Lusaka, abena Kopala baisa, tulimucende (how are you Lusaka residents? We the Copperbelt residents have come. We are in the area),” Dandy stated as he took to the podium much to the delight of the packed audience.
The show was spiced up by Mimi Krazy, Dandy’s sister whose dancing queen had the audience calling for more as they showcased some delightful moves.