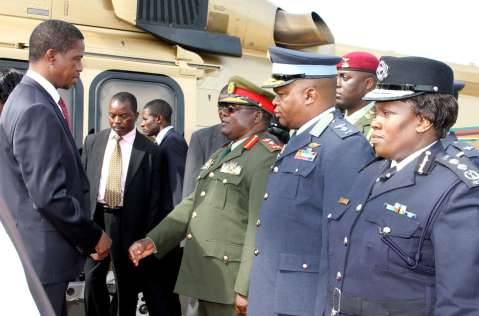 The visiting guest paid homage to the martyrs of the PAF by laying floral wreath on Martyrs’ Monument. The visiting dignitary was introduced to the principle staff officers of Pakistan Air Force. Later on, he called on the air chief in his office. Both the dignitaries remained together for some time and discussed matters of professional and mutual interest. The delegation also attended a briefing on the organisation, role and functioning of Pakistan Air Force. The Zambia Air Force delegation is on a four-day official visit to Pakistan on the invitation of the PAF. The delegation will visit various PAF bases and installations.