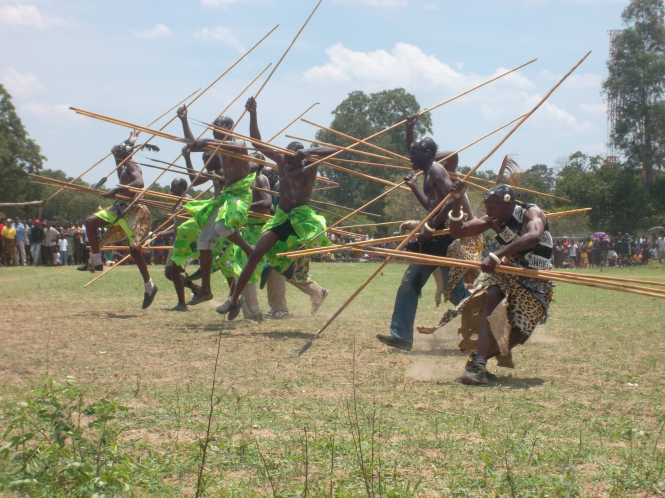 The district capital Namwala belongs to the Mukobela sovereign territory. Each year a ceremony takes place to honour Chief Shikaumpa who, according to oral lore, lived in the 16th century. The National Museums Board of Zambia made a Video of the ceremony last year, from which I made a series of pictures, complemented by photos which were taken by Elias Klaey last year. I also added a few pictures out of the almost 100 year-old book The Ila-Speaking People of Northern Rhodesia, which show an astonishing similarity to the modern pictures.
The actual Chief Mukobela, who is very active, also in taking care of the cultural heritage of his people, wrote an explanation of this ceremony, which was published in The Culture of the Baila.