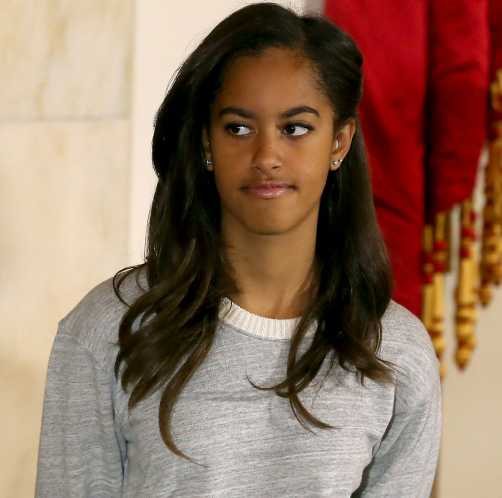 A Kenyan lawyer has offered US President Barack Obama 50 cows, 70 sheep and 30 goats in exchange for his daughter Malia.

Speaking to The Nairobian, Felix Kiprono said his dream is to marry one of Obama’s daughters and that he is ready to meet Obama in order to discuss the matter when he visits Kenya in July.

“I got interested in her in 2008. As a matter of fact, I haven’t dated anyone since and promise to be faithful to her. I have shared this with my family and they are willing to help me raise the bride price,” he said.

Kiprono quelled any doubt people may have about his intentions for Malia Obama.

“People might say I am after the family’s money, which is not the case. My love is real,” he said.

“I am currently drafting a letter to Obama asking him to please have Malia accompany him for this trip. I hope the embassy will pass the letter to him. I will hand it over to the US Ambassador with whom we have interacted several times.”

“If my request is granted, I will not resort to the cliche of popping champagne. Instead, I will surprise her with mursik, the traditional Kalenjin sour milk. As an indication that she is my queen, I will tie sinendet, which is a sacred plant, around her head,” he said.

“I will propose to her on a popular hill in Bureti near my father’s land where leaders and warriors are usually crowned. The place is called Kapkatet, which means ‘victory’”

Kiprono admitted that his life with President Obama’s daughter would be a simple one.

“Ours will be a simple life. I will teach Malia how to milk a cow, cook ugali and prepare mursik like any other Kalenjin woman.”