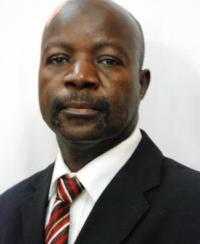 VICE-PRESIDENT Inonge Wina says Bangweulu Member of Parliament (MP) Chifita Matafwali was hard-working and knowledgeable on many issues.
And the body of Mr Matafwali, who died in India last week, will be brought back home tomorrow.
Speaking when she visited the house of mourning in Lusaka’s Chalala yesterday, the Vice-President said the team that President Lungu sent to India has been tasked to ensure that the remains of Mr Matafwali are transported without difficulties.
“We knew that he was sick, but he tried to be in Parliament and contribute to the debate.
“And every time we asked him how he felt, he would tell us that he was better. That is why it was such a shock when we heard that he had died,” Mrs Wina said.
She said the Patriotic Front (PF) saw an emerging leader in Mr Matafwali because he was knowledgeable on many issues.
She appealed to the family to stick together and to bury differences.
Mrs Wina also said the family should not allow death to break its bond.
And the late Mr Matafwali’s older brother, Nkandu, said that the family was waiting to welcome Mr Matafwali back home last Saturday.
He, however, said a few days before his long-awaited arrival, Mr Matafwali died despite his operation having been successful.
Mr Matafwali died on Thursday last week after he underwent a kidney transplant.
Deputy Minister of Health Chitalu Chilufya, who is part of the team in India, said in an interview from India yesterday that the body will arrive at 16:00 hours aboard a Kenyan Airways flight.
“We are here in India to mourn and console the family as the remains of the late honourable Matafwali are being prepared to be flown back home,’’ he said.
Other members in the team are Minister of Home Affairs Davies Mwila, Kawambwa Central MP Nickson Chilangwa and his Chifunabuli counterpart Mutaba Mwali.