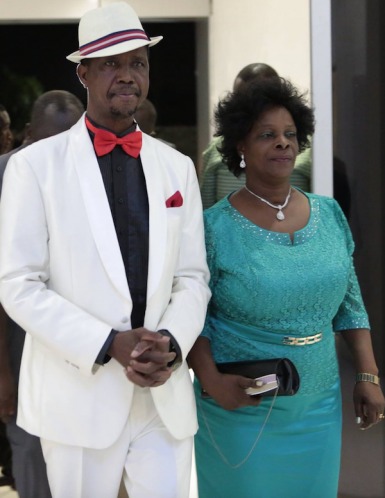 ECSTASY and awe on Saturday engulfed diners at Kansanshi Hotel in Solwezi after President Lungu’s three personal effects, which included his favourite Boss designer Panama hat, fetched a whooping K55,200 at the fall of the hammer during an auction.
The funds will go towards mobilising and strengthening the party in the province.
Other items included a scarlet ceremonial bow tie, which attracted K4,200, and a wrist watch which Mr Lungu described as “sentimental”, which fetched a cool K16,000.
President Lungu’s hat was, however, the most tightly contested for as stakes increased rapidly to K35,000 from Solwezi businessman Gerard Chibuye, who finally got it.
It all unfolded in dramatic style and indeed celebrity lifestyle.
It all started when North-Western Province permanent secretary Amos Malupenga, who was master of ceremonies at the fundraising dinner ‘ordered’ President Lungu to surrender the personal effects, which he was already wearing sending the audience into laughter.
The head of State readily surrendered the items after undoing his bow tie, attracting loud cheers from the audience.
The light moments continued as Mr Malupenga collected the items saying twaswamo translated as ‘we have harvested’, before the adored collection went up for grabs to the highest bidders.
President Lungu later ‘crowned’ the newly-acquired prized possessions onto the new owners as some diners burst into jubilation while others watched in admiration.
Speaking after the brief auction sale, Mr Lungu said he would miss the wristwatch, especially because of some emotional attachment to the gadget.
He disclosed that the watch was bought for him when he was a Cabinet minister on one of the trips to West Africa by Minister of Finance Alexander Chikwanda.
“It is a sentimental watch and I attach so much value to it,” said President Lungu.
And speaking later at the same dinner, the President said there is need for leaders to interact and learn from the people.
“No one has the monopoly of wisdom, we need to socialise so that we can learn from our people and even accord them an opportunity to challenge us. Leaders must interact freely with people.
“I’m proud to be your President and I will deliver as I promised. I want us to work together and move the country forward. Let us move away from politics and do the work,” Mr Lungu said.
And North-Western Province Minister Dawson Kafwaya said people in the province are happy with President Lungu’s four-day visit, which ends today.
Mr Kafwaya noted that it is the first time since 2010 that a head of State is visiting the province for such a lengthy period.