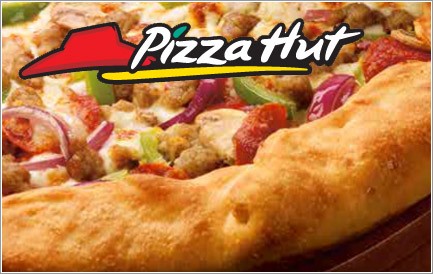 A quick-thinking Highlands County woman saved herself and her children from possible harm when she ordered an online pizza with a secret message saying she was being held hostage.

Highlands County Sheriff’s Office investigators say at 3:40 p.m. on Monday, May 4th, an online pizza order, for a small hand-tossed classic pizza with pepperoni, was received by the Pizza Hut in Avon Park. Under the comments section there was a message asking them to send help and call 911 as the customer was being held hostage.

Pizza Hut employees recognized the order as being from a frequent customer. But, the comments were out of the ordinary so they called the Highlands County Sheriff’s Office to investigate the situation.

“We’ve never seen that before,” the restaurant’s manager, Candy Hamilton, said. “I’ve been here 28 years and never, never seen nothing like that come through.”

Deputies responded to the Pizza Hut and to the delivery location for the order.

Upon arrival at the home, deputies were greeted by Cheryl Treadway who was carrying a small child in her arms. She told deputies that her boyfriend, Ethan Nickerson, was in the home armed with a knife and that her other two children were also in the home with him. After she was escorted to safety, deputies approached the home.

Lieutenant Curtis Ludden began to speak with Nickerson through the closed door of the home.

“His first words were, of course, ‘I’m not coming out because I know I’m going to jail,’” Ludden said.

After about 20 minutes, Lieutenant Ludden was able to talk him into coming out peacefully. The other two children were then removed from the home, unharmed.

Deputies believe Nickerson may have been high on Meth at the time of the hostage situation.

According to the arrest report, the couple had been arguing throughout the day while Nickerson carried a large knife.

“If I’m standing there with a knife in my hand, sharpening it, and looking at you in a menacing way and make a statement that, ‘I’m going to kill you,’ and I’ve already done some violence to you, ya know how are you going to take that message?” Ludden explained.

Upon returning home, Treadway eventually convinced Nickerson to let her use the cell phone to order a pizza which is when she sent the message to Pizza Hut. Immediately after the pizza order was placed, Nickerson took the cell phone back from her, according to the arrest report.

Ethan Earl Nickerson, 26, was arrested and charged with aggravated assault with a weapon without intent to kill, battery, false imprisonment and obstructing justice by depriving communication to law enforcement.

“I don’t know if I ever would have thought of it. I mean it’s just something that she did so naturally. The boyfriend never knew about it until he saw us coming around the corner,” Ludden said.

The victims are safe.

“It’s moments like these in law enforcement that you get to help people actually that makes you feel good,” Ludden said.