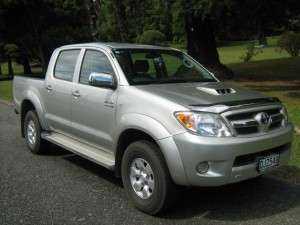 President Edgar Lungu has released a Football Association of Zambia-FAZ- Toyota Hilux that had been marooned at State House for the past four years.

Mr Chanda has explained that the vehicle which was donated to FAZ by the Mining firm, KCM was kept at State House as agreed by the parties.

He was speaking in an interview with ZNBC news at State House in Lusaka.