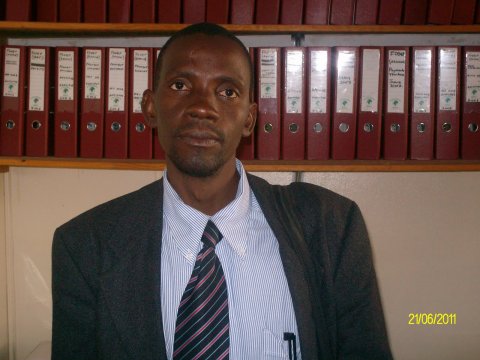 There is discomfort among some members of the Grand Coalition on the campaign for a people-driven constitution about the coalition’s spokesperson, Macdonald Chipenzi, who maintains alleged links to the opposition United Party for National Development (UPND).

According to some coalition members who opted to speak anonymously, there are accusations that Chipenzi, who heads up the Foundation for Democratic Process (FODEP) was a UPND member and he was using the grand coalition as a stepping stone to his political ambitions.

The Grand Coalition members who spoke to this author said there were suggestions to drop Chipenzi as the spokesperson for the alliance because of the growing accusations that the Foundation for Democratic Process (FODEP) executive director was not neutral.

“The grand coalition has suffered some defections of members and there was a call for all of us to be neutral and not have political or other biases because the grand coalition is the only formidable force to challenge the government of the making of the constitution. However, it was suggested that Chipenzi be dropped because he was going to jeopardise the image of the coalition because of the allegations against him, whether these are true or false,” the source said.

Under the FODEP banner, Chipenze has issued a number of statements which were seen to be politically biased. On 6 April 2015, FODEP issued a strongly worded statement attacking the integrity of two of the justices on the Tribunal formed to investigate the suspended Director of Public Prosecutions Mutembo Nchito. In early March, when Hakainde Hichilema was issued a warn and caution from police after he confessed to intercepting state intelligence briefings, which represents a clear violation of the criminal code, FODEP leaded to his defence, describing the police action as “harassment.” These statements among other actions behind the scenes have caused Grand Coalition members to see Chipenze as a UPND front.

Recently, the Grand Coalition went on a retreat to the resort border region of Siavonga to reflect on its activities as well as strategise for the future.

After the Sivonga retreat, Coalition chairperson Father Leonard Chiti, the Executive Director for the Jesuit Centre for Theological Reflection, was quoted in the media that the coalition had re-energised and was in a more focused path to ensure the government delivered a people driven constitution before the 2016 general elections.

But according the Grand Coalition sources, the departure of members such as the Young African Leaders Initiative (YALI) and some political parties that started supporting the government on the constitution making process was a threat that would be misunderstood to be weakening the alliance.

“Although the Grand Coalition has remained strong, it was felt that there were some things that threated this unity among the organisations that form this alliance. One of them was the departure of these organisations and the allegations against Chipenzi who some members feel is linked to the UPND. Many members are not comfortable with Chipenzi as spokesperson because they believe it is true that he is a UPND supporter,” said the sources.

According to the sources, Chipenzi was given the opportunity to continue as spokesperson for the coalition but he is under observation.

The Grand Coalition is a consortium of different organisations from the church, civil society, politics and individuals.

It was formed to press government to enact a constitution a good constitution that addresses the needs and aspirations of the Zambian people.

However, the Grand Coalition experienced major setbacks when some members such as YALI, National Restoration Party (NAREP) and Zambia Direct Democracy Movement (ZDDM) who suddenly changed positions to support the government roadmap of enacting the constitution.

Among the demands by the grand coalition is need for the government to enact the new constitution through a popular mode such as a referendum and not through parliament and there should be no piecemeal amendments as proposed by the Minister of Justice.