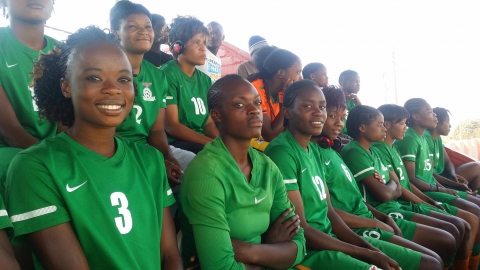 Zambia lost 4-2 to Tanzania three weeks ago in the first leg encounter played at Nkoloma stadium in Lusaka.

Kachinga told fazfootball.com that despite the setback, his girls have been worthwhile in terms of correcting the shortcomings the team suffered at the hands of Tanzania.

And team physiotherapist, Cornelia Chazura said the team was injury free adding that there was no illness at all.

Meanwhile, team manager Besa Chibwe said the team will depart for Tanzania tomorrow aboard an Ethiopian airways plane at 15:00 hours.

Zambia’s match against Tanzania will kick off at 15:30 Zambian time this Friday at the national stadium in Dar es Salaam-Zanis