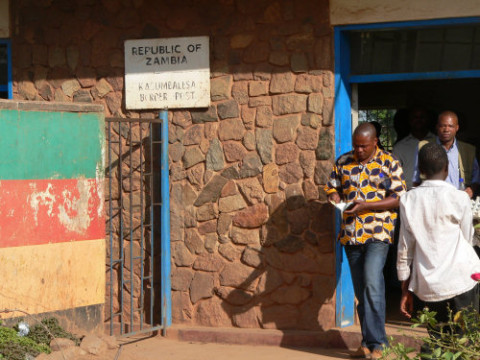 THE MINISTRY of Home Affairs says its officers of the department of immigration will remain alert and ensure that all persons from countries where the deadly Ebola has broken out are not allowed in Zambia.
Home Affairs spokesperson Moses Suwali said officers from the department of immigration have been directed to screen all persons, including those from countries with no cases of Ebola.

“Our officers from the department of immigration have been instructed to screen everybody, even those coming from other countries where Ebola has not broken out. This is to ensure that all loop-holes are sealed,” Mr Suwali said.
He said while all persons are being screened at the entry points, particular attention will be given to people from Liberia, Nigeria, Guinea and Sierra Leone. He said those found to have come from such countries will be quarantined until they are examined by medical personnel.
He said the Ministry of Health has distributed Ebola protective kits to officers at all border entry points in Zambia.
Mr Suwali said, however, that no persons from countries where Ebola has broken out have entered Zambia since the disease broke out in West Africa.
“We would like to urge the public to remain calm because measures have been put in place by government to protect citizens. Our work has also been made easier by governments in countries where Ebola has broken out as they are also not allowing their people to travel to other countries,” he said.
On Friday, Minister of Health Joseph Kasonde announced the ban of entry of persons from countries where Ebola has broken out.
Dr Kasonde said all delegates from any country affected by Ebola must be restricted from entering Zambia until further notice.
Already affected is a team from Sierra Leone which was due in Zambia for an International Cricket Council Africa under-19 world cup qualifying tournament on this week. Zambia has denied the team entry.
It is also reported that the Ministry of Health has restricted Zambians’ travel to Ebola-hit countries.