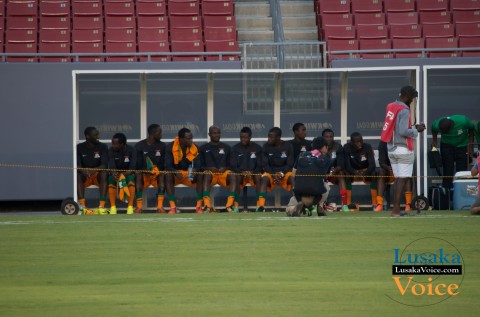 CHIPOLOPOLO interim coach Honour Janza has summoned 26 local players to a three-day training camp ahead of next month’s 2015 AfCON qualifier against Mozambique. Janza, who was unveiled to the public as coach of the 2012 Africa champions on Wednesday, will take charge of the training camp to take place in Lusaka from August 10 to 13.

The players are expected to report for camp at Melsim Lodge in Lusaka on Sunday. Zambia plays its opening Group F AfCon qualifier against Mozambique at Levy Mwanawasa Stadium on September 6. The second match is away to Cape Verde on September 10.