Home GENERAL NEWS Wina dismisses suggestions of power struggle in PF
Tweet
Patriotic Front (PF) National Chairperson Inonge Wina has dismissed suggestions that the up-roar sparked by Vice President Guy Scott’s utterances that Lusaka Mayor Mulenga sata is not eligible for presidency is an indication of a power struggle in the ruling party.

Dr. Scott, who is also PF vice president, was recently quoted as saying that he together with Mulenga Sata and Kabwata members of parliament do not qualify for the presidency because of the parentage clause in the republican constitution.

Ms. Wina has told QFM news that the media is only trying to sensationalize the issue by creating an impression that there are deep differences in the ruling PF.

She says Dr. Scott was only trying to explain his part with regards his parentage and his ineligibility to stand as republican president under the current constitution, while Mr. Sata was also merely clarifying that he is eligible to stand for the position of republican president.

Ms Wina has stressed that it is also important to be mindful that Dr. Scott was in Zambia when he made his statement while Mr. Sata responded to it while in south Korea.

She notes that this implies that Mr. Sata’s reaction was also dependent on how the question was put to him to respond to Dr. Scott’s statement. 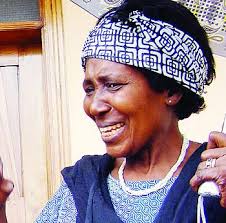